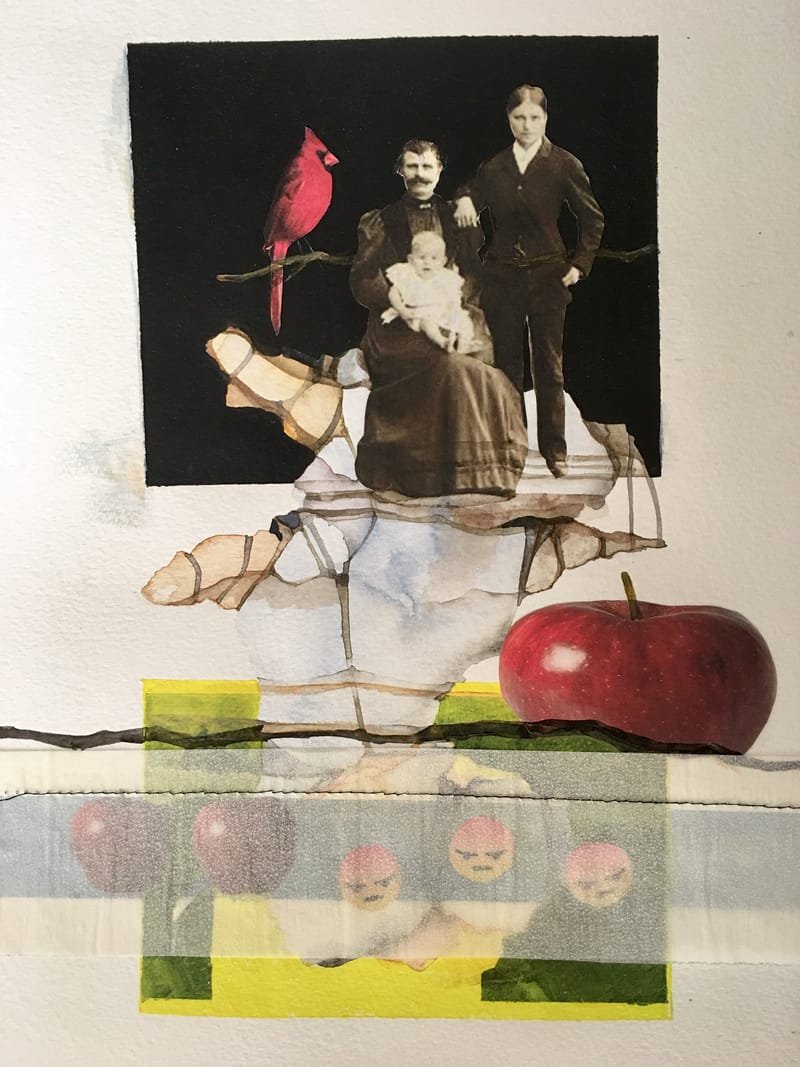 My work questions concepts that relate to sex, gendered representation, and nudity, as well as aspects of gender-nonconformity and the societal pressures and imposition of masculinity and manhood. It also looks at how the queer body has had to heal and survive aspects of the status quo, impacted by capitalism and worldwide power dynamics. I am interested in the normalized, binary construction of gender, assigned at birth based solely on body parts. My collages deconstruct preconceived and traditional categorizations of gender, pushing the viewer to expand their minds and consider new ones.

In my current practice, by appropriating, cutting, pasting, and repainting images from popular culture, I create new narratives. The scenes in my collages showcase dialogues between fictional characters, similar to the stories generated by children when they play with doll houses. Characters perform their sexual and gendered identities for the public in a small, self-contained space resembling a theater, looking for acceptance. They all have something to say. At times, they mutter taboo ideas, gossip, and secrets. Sometimes they use dark humor to address uncomfortable issues.

Guido Garaycochea
A special thanks to my friend Amy Raffel, who has taken time to edit and put together my words and thoughts with love.